Reaction to the 2015 Emmy Nominations: Snubs and Surprises

Reaction to the 2015 Emmy Nominations: Snubs and Surprises 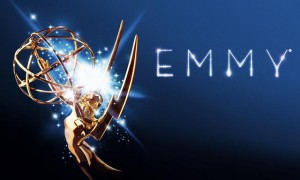 The Primetime Emmy nominations were announced Thursday morning, here are my thoughts on some of the big categories.

The surprises here were good ones, Parks and Recreation and Unbreakable Kimmy Schmidt are both terrific shows and deserved their spots. Veep, of course, is always deserving. Emmy voters were never going to deny Louie and Modern Family. Haven't seen the other two.

The snubs include Empire, which I haven't seen, but many people seem to like, and Bloodline, which I liked, if not loved,  The Americans and The Good Wife. Honestly I don't think very highly of any of the shows that were nominated.

Of all the first rate performances on Bloodline, to single out Kyle Chandler for a nomination seems a bit odd. Jeff Daniels is a bit of a surprise, but deserved for anchoring that bizarre final season of The Newsroom.

I don't get what everyone sees in Orphan Black. Maslany gives a good performance, but not exactly Emmy-worthy. Surprised not to see last year's winner Julianna Margulies or Ruth Wilson or Taylor Schilling nominated. Would have liked to see Tea Leoni get a nomination for Madam Secretary, but I knew that was a long shot.

Another nomination for Jessica Lange? Really? Queen Latifah is the obvious choice to win, for her astonishing performance as Bessie Smith. I did see the PBS broadcast of Sweeney Todd, and I thought Thompson made a great Mrs. Lovett, so I am happy about that nomination.

Surprising to see Anderson and Forte, but they always do solid work, so I'm not complaining. LeBlanc and Macy are fantastic on really good shows.  Interestingly no Jim Parsons.

By far the biggest snub of the morning is Ellie Kemper. I just do not understand. And Lily Tomlin? She's a legend, but the show is very mediocre. Would have liked to have seen Emmy Rossum or Constance Wu or Mindy Kailing or Gina Rodriguez or even Sutton Foster.

How both Sissy Spacek and  Linda Cardellini got snubbed for their extraordinary work on Bloodline is a mystery to me. I am also perplexed by Aduba's nomination. Kate Mulgrew and Lorraine Toussaint (along with Schilling in the lead category) are simply in a different league than the rest of the actors on that show. Those three women give such profound performances, it's puzzling how they were overlooked in favor of their good-for-a-web-show co-star.

Hale and Burgess were both deserving.

Nash got a Timmy nomination last year for her Getting On role, so I'm glad the Emmys have finally caught up. This is a pretty good category, although I would substitute Hoffman for her co-star Judith Light.