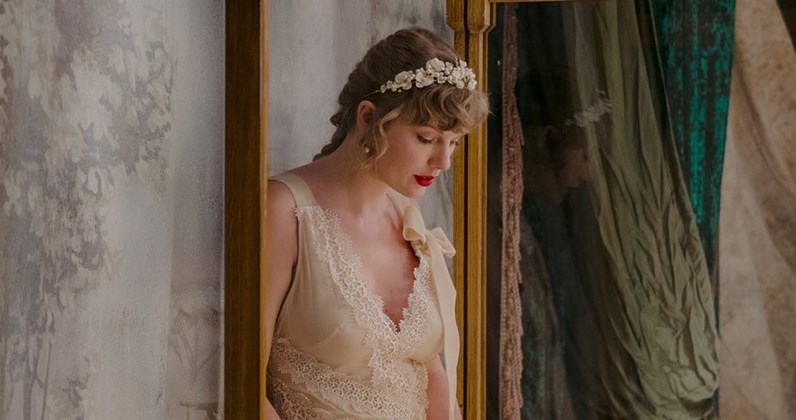 "My mind turns your life into folklore."

That line, from the song "Gold Rush," is the only time the word "folklore" is spoken on either of Taylor Swift's 2020 records, Folklore and Evermore, the latter of which is where the song appears. The presence of the line indicates that "Gold Rush" is a pivotal song not only in Swift's lockdown duology, but in her maturation as a songwriter.

Swift's early albums often drew heavily from her own experiences, with fans and the media scouring her lyrics for clues as to which ex-boyfriend her numerous breakup songs referred. Her tumultuous dating life made as many headlines as her music, in part because it informed so much of the music. The discourse was often ridiculous and reductive, and thankfully, that period of her career is over (Swift has been in a relationship with the actor Joe Alwyn since 2016).

Both of her 2020 albums have their fair share of autobiographical songs, but they also see Swift delve into writing songs from the perspective of other people, including fictional ones. I will refer to this type of song as a character song. In these character songs, Swift adopts different personas - the cheating wife of "Ivy," the avenging friend of "No Body, No Crime," all three sides of the "Betty" love triangle. We aren't meant to read these songs for clues about Swift's personal life because, ostensibly, there are none.

Which brings us to "Gold Rush," a shimmering pop song written by Swift and her frequent collaborator Jack Antonoff.  Is the song, about the feelings of jealousy that arise when one dates an attractive person, an autobiographical or character song? Let's examine the evidence.

The marveling at the impossible beauty of whoever the narrator is singing about aligns it with an earlier Swift song, "Gorgeous" from the 2017 album Reputation, which includes similar sentiments. And "Gold Rush"'s line "everybody wants you" strongly recalls a line from "Lover" that says "I'm highly suspicious that everyone who sees you wants you." It seems likely that all three of these songs were written about the same person, perhaps Alwyn but who knows, which lends credence to the idea that "Gold Rush" is autobiographical.

But the second half of the song complicates things, as the lyrics puncture the fantasy created in the first half. The last two lines of the second verse, "My mind turns your life into folklore/I can't dare to dream about you anymore," call into question everything that comes before and the lyrics take a turn from there. The "coastal town we wandered 'round" from the first half now becomes the "coastal town we never found." "I call you out on your contrarian shit" morphs into "I won't call you out on your contrarian shit." "It could never be" becomes "it will never be."

The most popular interpretation is that the verse reveals that the relationship is a fiction created by the mind of the narrator. In this case, the narrator of the song is infatuated with this beautiful individual, but they are together only in her dreams. That would make "Gold Rush" more similar to Swift's character songs than her autobiographical ones. And perhaps Swift took an idea for a song she might have written about her own relationship and gave it to this fictional narrator. That's entirely possible. But I have a different read of the line "my mind turns your life into folklore," which is that it reveals the song to actually be about songwriting and the perils of dating a songwriter.

What if the narrator of "Gold Rush" hasn't imagined this entire relationship, but has merely embellished and romanticized it for the sake of the song? The "folklore" isn't her daydreams, it's her songs. The couple goes to dinner parties and he prattles on with his "contrarian shit" while she sits there quietly, wanting to call him out but saying nothing. And there was no moment as tailor-made for a love song than a day spent wandering a picturesque coastal town. Swift has been writing songs for a long time now, she knows how to shape lyrics into love stories, even if it's not entirely reflective of reality. Even healthy, stable relationships have jagged edges - parts that don't slip easily into pop songs. But does idealizing a relationship do a disservice to it, since it will "never be" as perfect as it is in the song? Can she not "dare to dream about [him] anymore" because she's realized she does not want to have two relationships - one in the real world, one in art?

Any songwriter who writes from personal experience has dealt with trying to condense the truth into a four minute song. Things inevitably will be left out because of the nature of the artform. Swift herself has spoken about the process of turning her emotions and recollections into compact songs, such as when she revealed she had to whittle "All Too Well" down from its original ten minute length to the five and a half minute final form. If "Gold Rush" is actually about the songwriting process, then she's likely idealized certain relationships and moments before. It makes you wonder how much of her autobiographical output is really autobiographical.

"Gold Rush" wouldn't be the first time Swift has mentioned her songwriting abilities in one of her songs. Who can forget the meta twist she adds to "Hey Stephen" from her second album Fearless, where the 19-year-old Swift asks her crush, "but would they write a song for you?" before giggling.

In that song, her songwriting is her ace up her sleeve, the advantage she has over all the other girls vying for Stephen's attention. But in the 12 years between  "Hey Stephen" and "Gold Rush," songwriting has become a burden on her partner, who must now contend with having his life turned into folklore - memorialized and mythologized in song and handed over to millions of worldwide listeners.

As Swift matures as an artist, it's not surprising to see old themes get reframed. What was once a simple love song is now both a love song and a song about her creative process. She isn't just interested in constructing narratives anymore. She constructs and deconstructs them in the course of the same song.