What Should be NBC's Next Live Musical?


What Should be NBC's Next Live Musical? 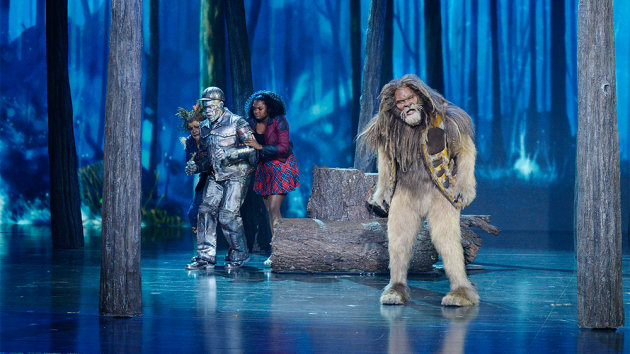 With The Wiz Live! being both a critical and ratings success, it seems inevitable that the tradition of the airing a live musical will continue next year. The Sound of Music was a good production of a great musical, Peter Pan was a so-so production of a so-so musical, The Wiz was a great production of a good musical. So what musical should NBC do next? Given the stipulations that whatever musical is chosen, it has to be family friendly and have recognizable songs, there aren't really that many to chose from. Here are some musicals I think could work:

The Music Man (1957) NBC has already optioned the rights to this classic musical, which has plenty of familiar tunes and is family friendly, but after The Wiz's success, NBC is probably more likely to go with something a little more contemporary. Plus, there's already a 1962 film and a 2003 TV movie, so there isn't really a need for a new adaption, unless a big star (someone like Justin Timberlake) is interested. For Marian, Kristen Bell or Laura Benanti would be a good choice.

Annie Get Your Gun (1946) This one is probably too old-fashioned to have mainstream appeal, but the Irving Berlin's songs are very well known, and it might be a good vehicle for either a country music star like Jennifer Nettles, or even someone like Kelly Clarkson.

Big River (1985) While the musical might not be as well known, the story of Huckleberry Finn certainly is, and it isn't overdone, like Peter Pan. The bluegrass score means country music stars could be cast, and with four separate country music award shows airing every year, there is clearly an audience for seeing country stars on TV.

Hello, Dolly! (1964) Another older musical that might work today, but is it really as beloved as other musicals from that era? I suppose it is, but that really isn't enough of a reason to do it again. Maybe starring Kristin Chenoweth, or even Queen Latifah (who was excellent in The Wiz).

Oliver! (1960) This seems like a good choice. Familiar story, lots of well-known songs, kid friendly without being kiddie. Perhaps it's not contemporary enough to have wide appeal, but it could be great, if done right.

Rodgers and Hammerstein's Cinderella (1956) A logical choice for consideration, at least. First done as a live musical starring Julie Andrews, Cinderella was seen by over a hundred million viewers. But, much like Peter Pan, this story has been done to death. With two more (non-live) TV versions already existing, there really is no need for another one, no matter who they can get to star.

The Addams Family (2009) A more modern choice might connect more with the audience than a musical from decades ago, so why not The Addams Family? It's really a decades old property made into a contemporary musical, but it ran on Broadway for a couple of years not too long ago and has since become a popular choice for schools to put on. Both the book and score would need a lot of work before it would be ready for TV and it wouldn't be worth doing at all if they couldn't get Bebe Neuwirth to reprise her role as Morticia.

You're a Good Man, Charlie Brown (1968) A very unlikely choice would be this intimate (six actors and basically no set) musical. it wouldn't have the spectacle factor this type of event really needs in order to draw a crowd and it definitely could not be stretched to be three hours long, but the Peanuts characters are so beloved, I could see this working even without a huge budget or big names involved.