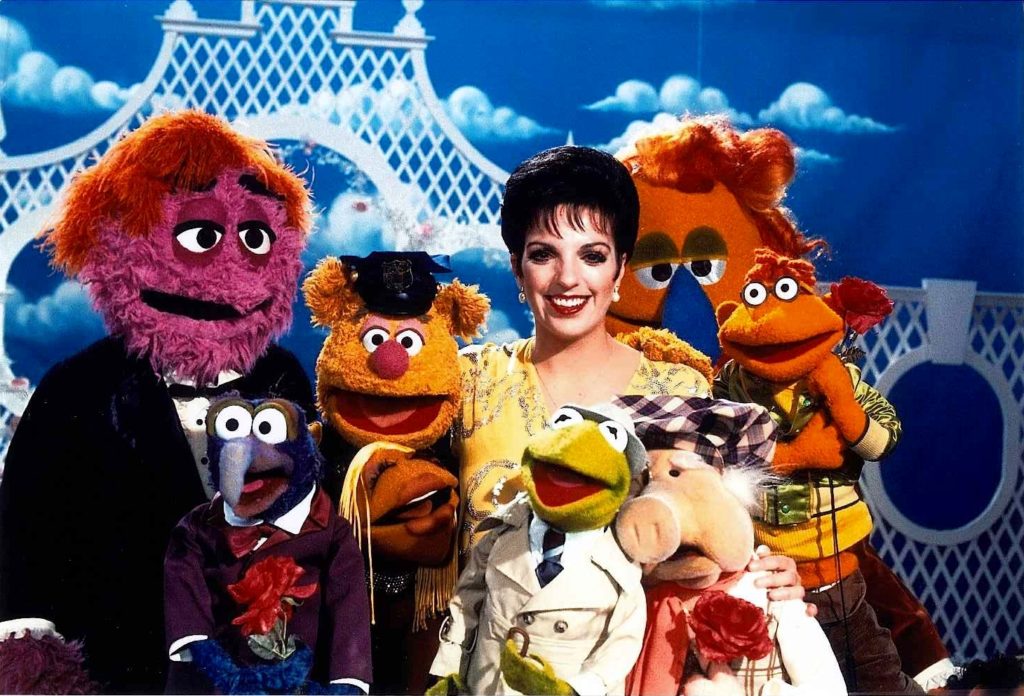 Muppet fans have been begging Disney to put The Muppet Show on Disney+ since the streaming service started back in 2019. It's finally happening on February 19, when all five seasons will be available to watch! While the first three seasons got DVD releases when I was a kid, the final two seasons have never been officially released until now, so it's very exciting ("officially" is doing a lot of heavy lifting in that season).

To many fans, the variety series which originally aired from 1975-81 remains the high point of the franchise, which has since grown to include numerous feature films, specials, other TV shows (including the not very good Muppets Now), internet videos, and much more. I'm sure there are folks out there who know of Kermit, Miss Piggy, and the rest, but aren't really sure why they are famous. The answer to that question is The Muppet Show - the wacky brilliance of Jerry Juhl's writing combined with Jim Henson and Frank Oz and Jerry Nelson and Richard Hunt and Dave Goelz and the all the rest's incredible puppetry.

I'm slightly concerned that viewers watching for the first time won't get it. Variety shows (aside from Saturday Night Live) don't really exist anymore, though they were popular in the '70s. Also, I'm worried people will make the mistake of trying to watch the show in chronological order, which is pointless because The Muppet Show isn't serialized. The first season is NOT the best representation of the show at all, as it was still finding its footing and working on its sense of humor. The first season sketch "At The Dance," self-consciously modeled on the "Cocktail Party" segments of Laugh In, is the perfect example of the show's own identity hadn't been firmly established in the early episodes. Piggy's personality as we know it hadn't been fully developed yet either in the show's first season. In fact, she's a pretty minor character at the beginning. And the series' best recurring sketch, "Pigs in Space," isn't introduced until season two.

So, to help with this problem, I've curated a list of five terrific episodes that act as great entryway into the series for new viewers, or for old fans looking to just hit the highlights.

NOTE: I wanted to put the episode's original air dates, but Wikipedia and the Muppet fan sites say different things and I don't know what the truth is!!!! Also, the episodes aired in a different order than they were filmed, so numbering them is also difficult, so I'm just putting the name of the guest star and the season it's from.

The first truly great episode of The Muppet Show came part way through the show's second season, when the show relaxed the format for the first time and tried something different. The conceit of this one is that Kermit is holding auditions for the next show, but guest star Steve Martin doesn't know that. It's a very funny episode, and features some great material by Martin, who is a very funny comedian.

John Cleese has said some questionable things on Twitter lately, but that's not what we're talking about (although let's come back to that another time). This episode is usually cited as one of the best they ever did, which is in no small part thanks to Cleese's deadpan style of humor coming into contact with the Muppets. The main joke of the episode is that Cleese is not exactly thrilled with being on the show in the first place. It's such a good set-up that every other guest star must have been disappointed not to have gotten to do it.

In addition to being a masterful entertainer, Harry Belafonte is a visionary. And so is Jim Henson. The highlight of this episode is when Belafonte sings "Turn the World Around" with the African masks. It's an iconic moment in pop culture history, this meeting of two extraordinary people. And Belafonte would sing "Turn the World Around" again at Henson's memorial in 1990. Also, this episode is Fozzie's best episode in my opinion.

As the series went on, they began taking more risks with the format, which resulted in this terrific episode, styled like a murder mystery. Seeing Kermit as a detective - it's just too good. Also, Liza Minnelli is in it! She sings "Copacabana"!

An episode that combines 2 of my favorite franchises - the Muppets and James Bond! There's a scene where Miss Piggy throws herself at Moore, singing "On a Slow Boat to China" while Moore makes his trademark reaction faces the entire time. In many ways, it's the pinnacle of comedy. Also, this episode and the making of it are a large part of the special "Of Muppets and Men," which is a very fascinating watch if you want a peek behind the curtain and can be found on YouTube.

Aside from the episodes I've mentioned, there are so many great ones, including ones with guest stars like Elton John, Julie Andrews, Linda Ronstadt, Loretta Lynn, Bernadette Peters, Peter Sellers, Christopher Reeve, and many more. Another good way of watching the show is by jumping to the episode with a guest star you already know and love. Though, don't skip episodes just because you've never heard of the guest star. Sometimes those are the ones that surprise you the most.