5 Ways to Improve "The Crazy Ones"

5 Ways to Improve "The Crazy Ones"

First of all, I love "The Crazy Ones". When the CBS sitcom premiered in September 2013, I fell in love with it. Robin Williams is a legend, Sarah Michelle Gellar is delightful, and David E. Kelley is an expert. The perfect combination of people to make a great show. Although I have to say more recent episodes haven't been the best. I think the show should makes some changes, and then it'd be fantastic. 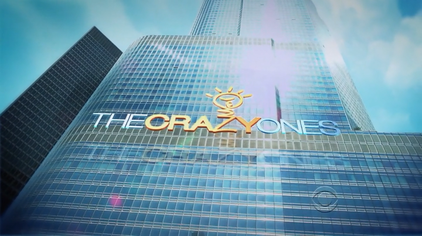 Yes, I know this show is a sitcom, but it really shouldn't be. It should be a one hour comedy-drama, similar to "Ally McBeal" and "Boston Legal". Williams is an Oscar-winner, Gellar is known as a dramatic actress, and Kelley can do it all, so a sitcom seems like a bit of a waste of their talents. It's holding them back, and the main reason the show's not perfect.

2. Add Some More People to the Mix

The cast is one of the greatest parts of the show. But after a few episodes, things are starting to seem a bit crowded. Adding some interesting supporting roles to shake things up would really help move stories along. Brad Garrett is a nice start, but let's get more. Also it's been less than 20 episodes and they've already tried every possible romantic combination between the main cast.

3.  More Shots of the City Set to Music

This was one of my absolute favorite parts of "Ally McBeal", overhead shots of Boston set to some song sang by the insanely talented Vonda Shepard. "The Crazy Ones" does this in their own way for maybe a couple seconds each episode. Part of the reason is that there are time constraints, which goes back to Number 1. "TCO" doesn't have a Vonda, and consequently doesn't have the same contemplative emotional feel that some of Kelley's earlier hits had.

This is a minor thing, and the production design team does a wonderful job, but a couple of things really bug me. The gigantic portrait of Williams that on the wall next the elevators. What's the point of this? It's almost as obnoxious as the giant portrait of Gellar in "Ringer", but at least that was intentionally obnoxious. Also the random fake tree in the middle of the office, and the huge robot in William's office really make it hard to take the show seriously.

5. Have Kelley Do Most of the Writing

Usually, Kelley does most of the writing on his shows. He didn't write or co-write like three of "Ally's" 112 episodes. But he has only written 2 episodes of "TCO". And those two just happen to be the best of the series. Those are the pilot and "Dead and Improved". They had a really strong balance between humor and heart, which is something the other writers seem to miss the mark on. While this is most likely Kelley's choice, in my opinion, he should step up and do the heavy lifting. That's where his strengths lie.