The following post is a part of the 2017 TCM Summer Under the Stars blogathon, hosted by Journeys in Classic Film.

In celebration of Vanessa Redgrave day on TCM (which will be showing her movies all day long August 14th), I decided to revisit one of my all time favorite movies, Camelot. The 1967 film is an adaptation of the 1960 musical of the same name by Alan Jay Lerner and Frederick Loewe. The musical, which was based on T.H. White's retelling of the Arthurian legend The Once and Future King, which was a huge box office success and won four Tony Awards. The original cast recording was the best selling record in the country for over a year. A movie version was inevitable.

That movie came seven years later. Directed by Joshua Logan, Camelot starred Richard Harris as King Arthur, Vanessa Redgrave as Guenevere and Franco Nero as Lancelot. When the King of England decides to use might for right and establish a new order of chivalry, stop waging war, and establish impartial courts, a period of peace and prosperity begins in England. His wife Guenevere and his most trusted knight Lancelot then have an affair and his bitter illegitimate son Mordred (played by David Hemmings, Redgrave's Blowup co-star) uses the affair to bring Camelot crashing down.

When Vanessa Redgrave first appears, cloaked in fur in a carriage taking her to Camelot for the first time, I am always reminded of a similar scene in Sofia Coppola's Marie Antionette. Guenevere is still very much a girl - a spoiled one at that. She's dreading becoming queen because she fears it will rob her of her youth. She doesn't want to be tethered to responsibility (and a husband) during what she calls her "golden age of seductability". Even much later in the film, she is still trapped by her circumstances. She loves Lancelot but doesn't want to betray her husband. A romantic song Lancelot sings to Guenevere ends with them kissing inside a literal birdcage.

Fans of the musical will always be upset that Julie Andrews, who created the role of Guenevere on Broadway, did not get to recreate her work for the screen. This wasn't even the first time Andrews had been passed over for the movie version of a Lerner and Loewe musical she had starred in on stage. The same thing happened with My Fair Lady three years prior, although that was much more understandable given that in 1964 Julie Andrews was not yet considered a bankable box office movie star. But by 1967, she certainly was a star, having starred in the huge hits Mary Poppins and The Sound of Music, among other films. So why wasn't she cast in Camelot? I have no idea, but I do know that it is pretty hard to imagine Andrews in Logan's vision for the film. In Logan's film, Guenevere is sexy. She becomes a '60s flower child, adopting her husband's peacemaking policies. Her relationships with both Arthur and Lancelot are implicitly sexual, whereas on stage it was only implied. As great as Julie Andrews is, I don't know that she's thought of as sexy, and therefore I understand why they didn't cast her, even though her singing would have been far superior to Redgrave's. Take, for example, the song "The Lusty Month of May", when Guenevere and her friends go to pick flowers and frolic in nature (and lay in the grass and make out). When she describes May as the "time for every frivolous whim proper or im-", Redgrave impishly whispers the "im" into the ear of a horse. I just can't imagine Julie Andrews doing that and having it come across the same way. 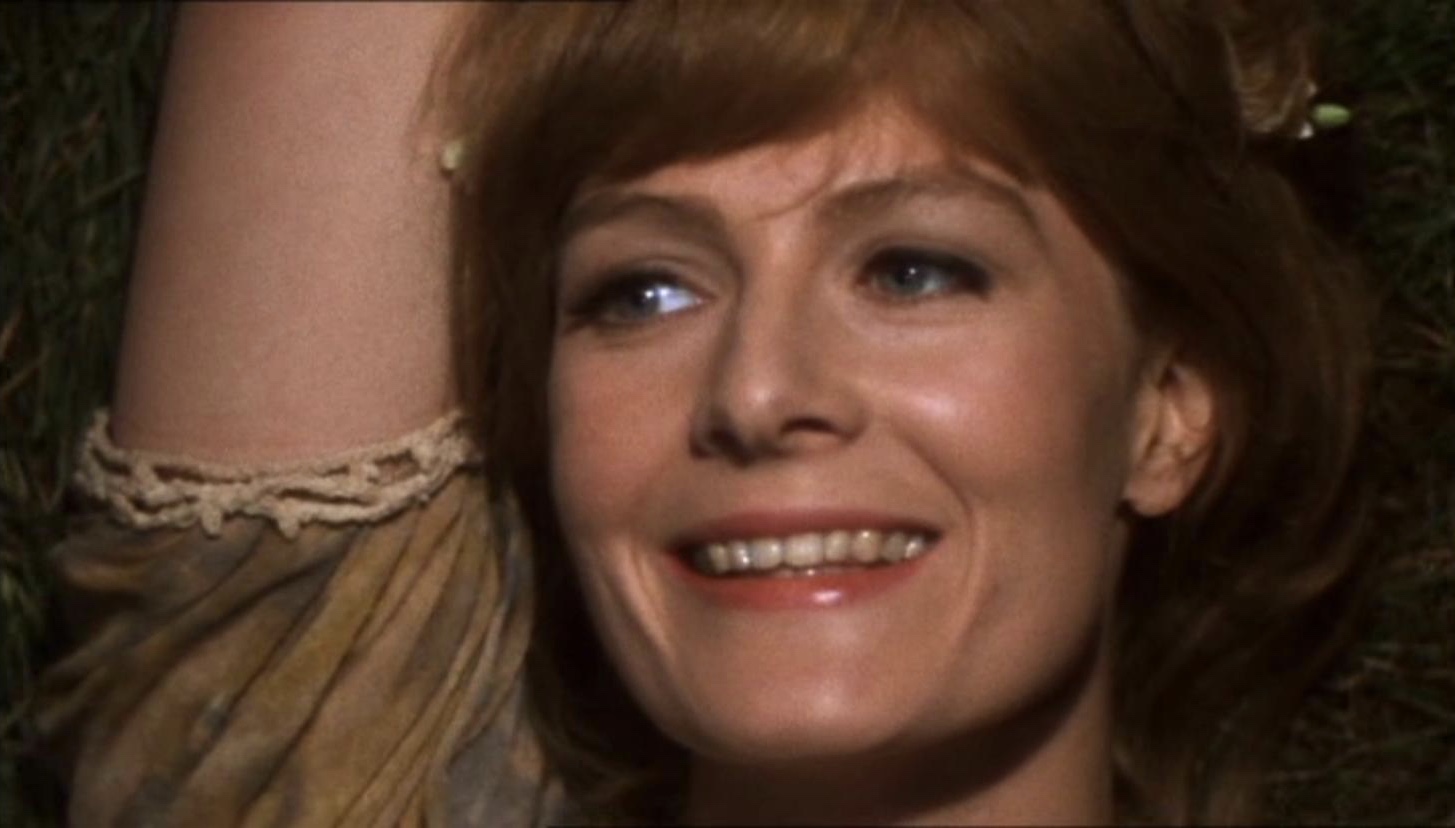 The costumes by John Truscott are out of this world. They blend elements of fantasy and history and are regal and resplendent. The sets are a mix of constructed sets in a studio and real locations. The mix of the two will be jarring for some people, although it didn't bother me. Some have also complained about the wedding scene, where Arthur and Guenevere married surrounded only by a sea of candles with no spectators in sight. People have said it was a missed opportunity to show the opulence of a royal wedding, but I don't see it that way. For one, it's a gorgeous scene - very intimate and romantic, and it's important to show that intimate side of their relationship. They do really care for each other, it's not a show for the people.

The movie was popular at the box office, although its budget was too large for it to be financially successful. It was nominated for five Oscars, winning three. It deservedly won Best Costume Design, Best Art Direction, and Best Music Scoring (Adaptation or Treatment), a category that the Academy really need to bring back. It was also nominated for Best Cinematography and Best Sound. Harris won a Golden Globe and Redgrave was nominated for a Globe. Too bad Redgrave didn't win any prizes for her Guenevere, which, on this rewatch, was my favorite part of the film. her performance is consistently dazzling. Guenevere is a young woman who doesn't know what she's getting in to, is then consumed by her passions, and nearly burned at the stake. Redgrave remains sympathetic through it all.

I know I am always complaining about movies being too long, but I really think Camelot could have gone on longer - even though it's already 3 hours. That way they wouldn't have had to leave out some great songs from the musical - in particular, a beautiful solo for Guenevere called "Before I Gaze at You Again".

Arthur's antiwar stances are rather interesting to look at in the context of the war that was happening at the time of the film's release; the Vietnam War. Arthur exhorts that "violence is not strength and compassion is not weakness". He even has his knights gathering flowers instead of waging war, something antiwar protesters could probably get behind. Camelot the musical is often associated with the Kennedy administration because of an interview Jackie Kennedy gave shortly after JFK's death where she says the cast recording was one of his favorite records. That pointed answer served as a way to retroactively tie Kennedy to Camelot's "fleeting wisp of glory", as in a brief moment of optimism. It's obvious the film was aware of this connection, even as it somewhat tragically suggests that sex and violence will punctuate any fleeting time of peace. The film ends just before Camelot is destroyed and Arthur is killed, but it's a hopeful ending because of the promise that peace will come again because the memory of Camelot will live on and inspire generations. That notion is probably as comforting today as it was in 1967.

What are your thoughts on Camelot? Let me know in the comments below! Thanks for reading!