Following the success of Kenneth Branagh's film of Murder on the Orient Express, it was announced that a follow-up would be released on December 20, 2019. This time Branagh will direct and star in an adaptation of Christie's 1937 novel Death on the Nile. I loved that novel when I read it many years ago, and although I'd prefer to see Branagh adapt a Poirot novel that has not already gotten the big-screen treatment (like Death in the Clouds or Cards on the Table), I am looking forward to seeing a new interpretation. It's about a murder that occurs on a luxury steamer that is traveling down the Nile River in Egypt. Naturally, all the passengers are suspects. Since no casting information aside from Branagh has been announced, I thought I'd share some of my dream casting choices.

For the role of Simon Doyle - Dan Stevens

The former Dowton Abbey star is no stranger to period pieces and would be perfect fit for Simon Doyle, the new husband of Linnet Ridgeway and ex-finace of Jacqueline de Bellefort. In the 1978 version of Death on the Nile, Simon was played Simon MacCorkindale.

Alternate Suggestion: I could see Eddie Redmayne as Simon.

For the role of Linnet Ridgeway Doyle - Blake Lively

Blake Lively is perfect combination of glamour and aloofness to play the beautiful socialite at the center of Death on the Nile's mystery, played in 1978 by Lois Chiles and in a 2004 episode of ITV's Poirot by Emily Blunt. Lively's post-Gossip Girl transition into movies has had only mixed success, so this could be a good opportunity for her to try a diferent sort of movie role. But she should not attempt a British accent.

Alternate Suggestion: Lily James starred in Branagh's version of Cinderella and I would love to see her as Linnet. Bryce Dallas Howard could also be interesting.

For the role of Jacqueline de Bellefort - Vanessa Kirby

For the part of Simon's ex and Linnet's former best friend, what about Vanessa Kirby? Known for her incredibly moving performance as Princess Margaret on the first two seasons of The Crown, Kirby is about to begin her ascension to movie star-status with a supporting part in the upcoming Mission: Impossible - Fallout. That process would be moved along very quickly with a juicy role like this. Mia Farrow played Jackie in the 1978 version.


Alternate Suggestion: Lily James would work for Jacqueline, too. Or maybe Keira Knightley.

For the role of Colonel Race - Jeremy Irons

The 1978 version, in which Race was played by David Niven, changes his subplot by eliminating the element of him tracking down a foreign agent. I don't know if the 2019 version will include this or not, although if they did it could add some suspense to the movie. Either way, Jeremy Irons would be a solid choice for Poiort's friend. His son, Max Irons, was the worst part of an otherwise pretty good Christie adaptation, Crooked House, but that is not Jeremy's fault.

For the role of Salome Otterbourne - Helena Bonham Carter

I hesitated before putting Helena Bonham Carter on this list because she and Kenneth Branagh were a couple for a few years in the 1990s (a relationship which began while Branagh was married to Emma Thompson), but she was in Branagh's Cinderella in 2015, so presumably they are not opposed to working together. Anyway, Helena Bohnam Carter would be a lot of fun as Salome Otterbourne, the eccentric romance novelist played deliciously by Angela Lansbury in 1978.

Alternate Suggestion: Christine Baranski would be a hoot.

For the role of Rosalie Otterbourne - Emilia Clarke

In the part of Salome's daughter, I suggest Emilia Clarke. The Game of Thrones actress would do well  with Rosalie's small romantic subplot. Olivia Hussey played the role in the earlier film version.

Alternate Suggestion: Holliday Grainger, who also had a role in Branagh's Cinderella.

For the role of Andrew Pennington - Nathan Lane

The stage and screen star has not done a lot of film work lately, but it would be great to see him as Pennington, Linnet's trustee who has suscipcious motivations, played by George Kennedy in 1978.

For the role of Mr. Ferguson - Raza Jaffrey

The whole cast cannot realistically be made up of movie stars, so why not a TV actor, known for his roles on Smash, Code Black, and Lost in Space, for the comparatively small role of Mr. Ferguson? The character, an outspoekn communist, was played  in the 1978 version by Jon Finch.


Alternate Suggestion: How about John Boyega?

For the role of Mrs. Van Schuyler - Maggie Smith

In the 1978 version, Maggie Smith played the long-suffering companion to Bette Davis' Mrs. Van Schuyler, so it be fun to see her to play the other role in the new version. The character, an eldery socilaite, is American in the novel, but that could be changed. I also think it would be wise of the new version to eliminate the character's young cousin, Miss Robson, as did the '78 movie.

Alternate Suggestion: What is Joan Collins up to these days?

For the role of Miss Bowers - Phoebe Waller-Bridge

If they wanted to add some humor to the film, I suggest casting the hilarious wirter-actress behind such TV shows as Fleabag, Crashing, and Killing Eve (all excellent) to play Miss Bowers, Maggie Smith's former role, nurse and companion to Mrs. Van Schuyler.

Alternate Suggestion: Emily Mortimer should be in more movies.

For the role of Louise Bourget - Mélanie Laurent

The French actress and filmmaker would be an interesting choice to play the maid of Linnet Ridgeway, who has plans of her own. In the 1978 movie, the role was played by Jane Birkin (of all people).

Alternate Suggestion: Zhang Ziyi would be cool to see in this movie.

For the role of Dr. Bessner - Christoph Waltz

As for who to cast as the Austrian physician, why not the only Austrian actor I can think, Christoph Waltz? Waltz is terrific in small parts like this. Of course, the character's nationality might be chnaged for the upcoming movie. Jack Warden was the doctor in 1978.

Alternate Suggestion: Chow Yun-fat hasn't done a Hollywood movie in more than a decade, but I think he'd be great.

For the role of Tim Allerton - Billy Magnussen

The Allertons weren't in the 1978 version at all, and Tim's action was split between Mrs. Van Schuyler  and Mr. Ferguson. If they are included in this version, then I recommend Billy Magnussen, great in movies like Ingrid Goes West and Game Night. In the novel the Allertons are English, but since I switched Mrs. Van Schuyler's nationailty, I'll even it out by making him and his mother American.

For the role of Mrs. Allerton - Cybill Shepherd This suggestion is only if the Allertons are kept for the new version, but Shepherd could work for Tim's mother. It's been decades since Shepherd had a great movie role, and this would not be it, but it would still be fun to see her again, even in a small role.

Alternate Suggestion: If they went with Adepo as Tim, then Audra McDonald as his mom.

For the role of Signor Richetti - Alfred Molina 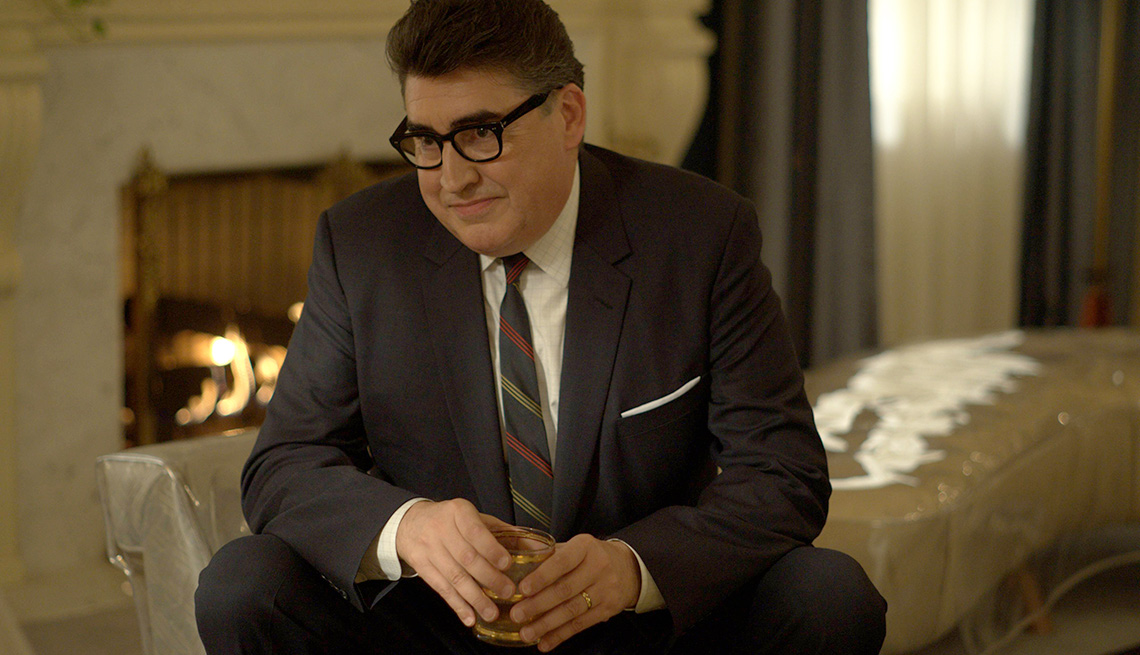 I'm not sure if this subplot will make it into the new movie, but if it is then Molina would be a good choice to play the archeologist. He's Italian in the novel, but that could be changed.


Alternate Suggestion: How about that wonderful actor Raoul Trujillo?

There you have my dream casting choices for the new Death on the Nile movie! Who would YOU like to see as these characters? Let me know in the comments below!