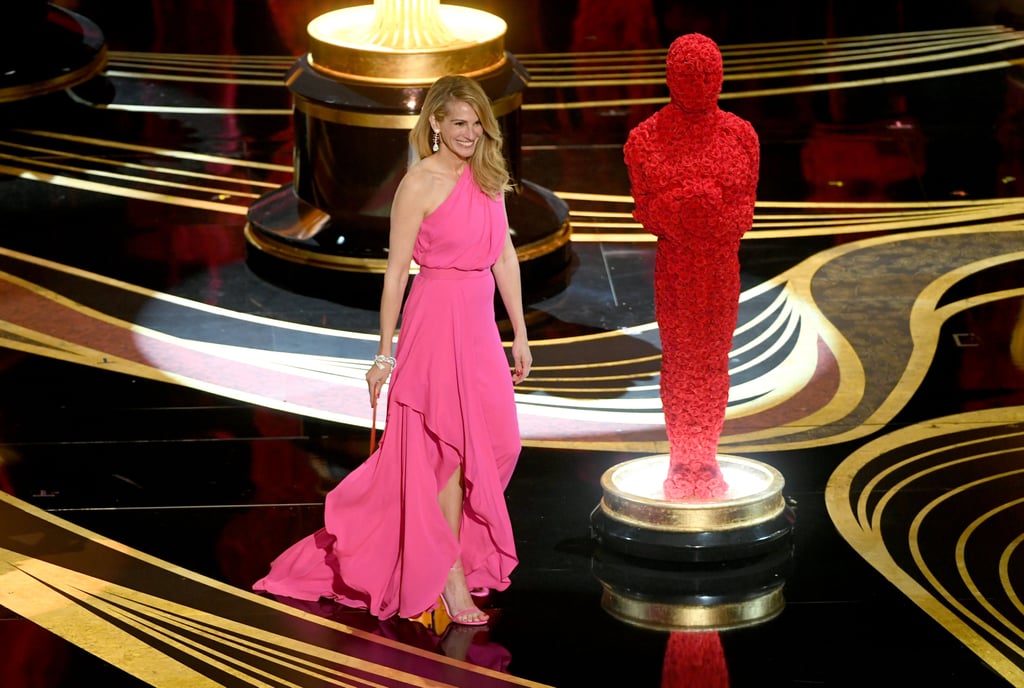 As I said in my Oscars preview, the biggest question of the night would be how the show would fare without a host for the first time in thirty years. Twitter seemed to think it fared very well, with many commenting on how smoothly the show went and some even hailing it as the best Oscar ceremony in years. However, I found it to be a little boring. Without a host, it lacked a certain energy. It just went from award to performance to award without much room to breathe. There weren't any big laughs or any cathartic moments. There were no montages or appearances that paid tribute to Hollywood history. Sure, it moved along at an efficient pace, but it felt business-like in a way. It's the Oscars, give us some pageantry!

The show kicked off with a performance by Queen and Adam Lambert, because Queen biopic Bohemian Rhapsody was up for several awards. That was a terrible idea. I understand that some people think Queen's music is good, but even they must admit this performance was nothing special. Then, Maya Rudolph, Amy Poehler, and Tina Fey came out and did their thing. That was great, but I couldn't help but think what it would have been like had they just hosted the whole thing. Highlights among the other presenters included Melissa McCarthy hilariously taking on The Favourite, Awkwafina and John Mulaney made a nice team, Queen Latifah showed up just briefly enough to get me wondering why she wasn't hosting, and Barbra Streisand's late-in-the-show appearance was definitely a memorable moment.

The other musical moments of the night included Jennifer Hudson singing "I'll Fight" from the documentary RBG. Hudson is one of those people who really should perform at the Oscars every year because she's so reliably good. Remember that year she sang a song from Smash for the In Memoriam tribute? That was great. Gillian Welch and David Rawlings did a lovely version of that song about cowboys from The Ballad of Buster Scruggs. Bette Midler nearly stopped the show with an otherworldly rendition of the Mary Poppins Returns' lullaby "The Place Where Lost Things Go". And Lady Gaga and Bradley Cooper sang the hit "Shallow", in a performance that was rather sensuous. They made eye contact nearly the entire time and their level of chemistry was borderline uncomfortable. "Shallow" took home the award for Best Original Song.

As for the other winners, there were a couple of surprises, which is always nice to see. Glenn Close continues her streak of being the most nominated living actor to never have won because Olivia Colman surprisingly took home Best Actress. I'm sad for Glenn but very happy for Olivia, whose work in The Favourite was truly incredible. When does her season of The Crown start again? Best Picture went to Green Book instead of the expected winner Roma. Green Book winning would be nice, if this were 1989. I mean, it's a well-made, enjoyable film, but Best Picture really ought to go to a more thoughtful film.

Bohemian Rhapsody took home four awards, the most of the night, which I'm sure people years from now will look back on and be horrified about. Black Panther nabbed three trophies, including a much-deserved win for Ruth Carter's sensational costumes. Marhershela Ali and Regina King won the supporting acting awards, as I predicted.

There isn't really much else to say, as I said, the show was pretty uneventful. For the first time, they introduced an online trivia game to play along with the live broadcast, presumably building on the success of live trivia apps like HQ Trivia. You could earn points towards a shot at winning prize money by correctly guessing the winners and answering dumb trivia questions like "how long did it take for Christian Bale to get in the Dick Cheney makeup every day?" It was a pretty stupid experiment, and would have been more fun if the questions had been based on Oscar history. But the website where the game was located also included camera footage of the Dolby Theatre during commercial breaks, which was wonderful. I love to see moments like Amy Adams and Charlize Theron greeting each other with a hug, and Laura Dern pushing her way through a crowded aisle, and Spike Lee furiously writing his acceptance speech down on paper minutes before his category. Constance Wu went up to Jennifer Lopez, and there was no sound, but it looked like Constance introduced herself to J-Lo, which is funny because they're starring a movie together which begins filming in a couple of weeks.

It's the organic moments like those that I think make an Oscar telecast really stand out. Unfortunately, none of those moments were on the actual telecast. I love to see movie stars mingling with each other. Ellen did a great job of getting out into the audience and finding those precious unscripted moments. I think that's why I count her two outings as host among my favorite in recent memory. It's just more fun with a host.

What did YOU think of this year's Oscars? Do prefer host or no host? Let me know in the comments below! Thanks for reading!