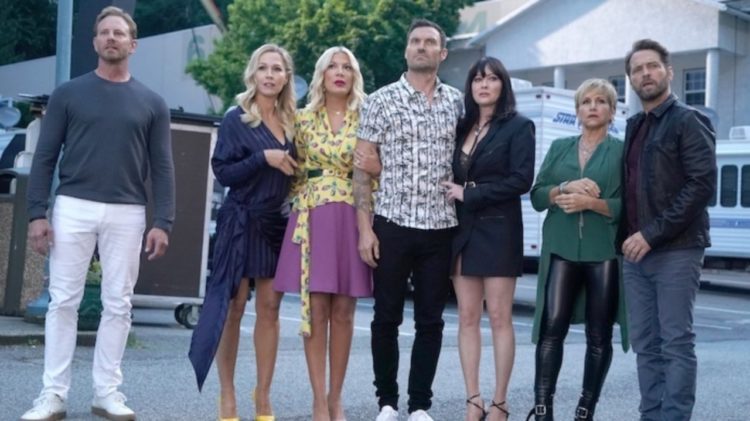 What an unexpected delight this show was. While the original Beverly Hills, 90210 was before my time, I found plenty to enjoy in this funny and shiny reboot. The premise sees the cast playing fictionalized versions of themselves preparing to reboot the '90s teen drama that made them famous. Their willingness to poke fun at their images made for a great satire of celebrity culture.

9. The Great British Bake Off (Channel 4 in the UK, Netflix in the US)

In its tenth year, this show is old news. Nothing new or surprising can be evinced from this format. So why on Earth did this season nearly bring me to tears multiple times? I don't have an explanation, I just know how it made me feel. Perhaps it had something to do with this crop of contestants, but the nicest reality competition there is made for some for most pleasant viewing experiences of the year. 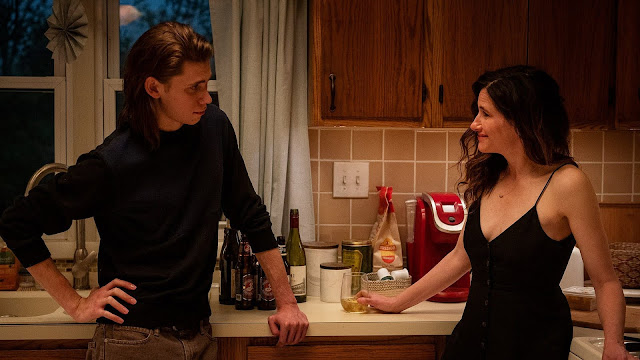 Based on the Tom Perrotta novel, Mrs. Fletcher charts a woman's journey of sexual discovery following her son's departure for college. It's funny and empathetic, but its greatest strength as is a showcase for its star, the incredibly talented Kathryn Hahn. For over a decade, Hahn has been giving wonderful comic performances, but mostly in supporting parts. To see her get her own show, especially one as nuanced as this one, is really great. 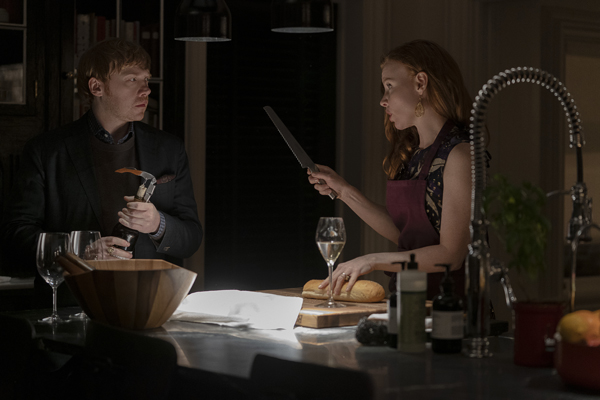 At first I wasn't sure if Servant was a good show or if I was just in love with the incredible townhouse in which the majority of the show takes place. Five episodes in, I've determined that it's a good show that just happens to have the best fictional real estate of 2019. Seriously, I'd move in tomorrow if I could afford it and if it were real. Anyway, it's a creepy and twisty show about a couple who hire a nanny. To say any more would be to give away the show's many thrills. Lauren Ambrose fully commits to her role as the wife and gives one of my very favorite performances of the year. 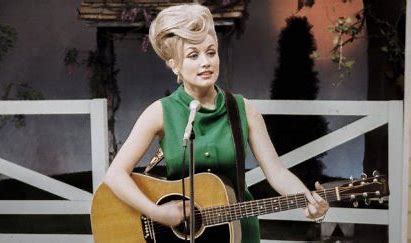 Fall TV has been a real treat for country music lovers. Not only did we get the excellent Lifetime biopic Patsy & Loretta starring Megan Hilty and Jessie Mueller, we got a glorious and comprehensive 16 hour long documentary from Ken Burns. Always informative and often surprising, Country Music is essential viewing for anyone who considers himself a music fan. 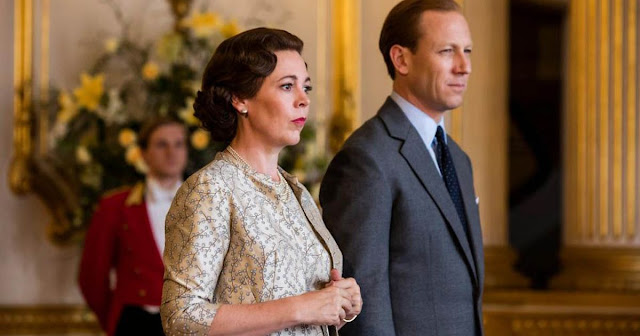 Season 2 of The Crown remains one of my favorite seasons of television ever, so the bar was set high for season 3, which replaced its entire cast with new actors to portray older versions of the characters. Olivia Colman took the crown from Claire Foy as Queen Elizabeth, Tobias Menzies stepped in for Matt Smith as Prince Charles, and Helena Bonham Carter replaced Vanessa Kirby as Princess Margaret. Any concern I had that the old actors would be missed disappeared thanks to the series' consistently insane production values and impeccable episodic storytelling. 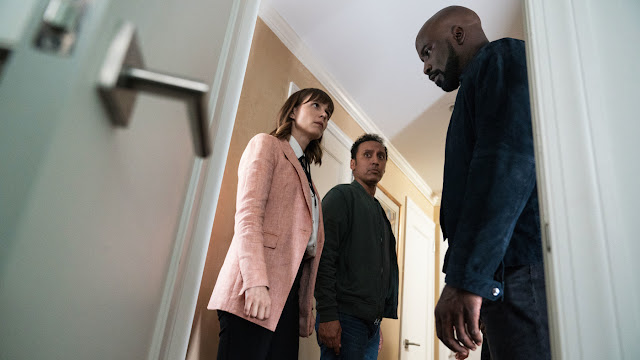 If you're not watching Evil, then you're missing out on one of the best new shows of the year. From Robert and Michelle King, it dramatizes the debate between religion and science in a compelling and smart way. The central trio of investigators hired by the Catholic Church to investigate cases of possible possession and other mysteries have terrific chemistry as played by Katja Herbers, Mike Colter and Aasif Mandvi, making the show always enjoyable to watch even as the plot can get spooky and occasionally disturbing. Like how the King's earlier show BrainDead attempted to explain our polarized political system by way of alien infestation, Evil is hinting at a larger source of all the evil in our world today. I can't wait to see where this is going.

3. Fleabag (BBC in the UK, Amazon Prime in the US) 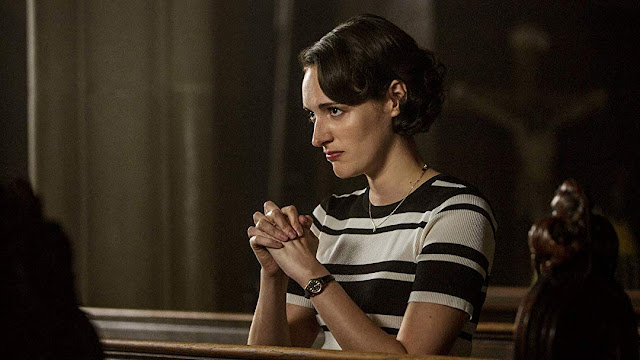 It's been a long three years to wait for Phoebe Waller-Bridge to bring us another round of her sharp and poignant comedy, but it was well worth the wait. I still slightly prefer the first season (which didn't generate nearly as much online buzz as the second one, curiously), but it's still just about the funniest thing I've seen all year. 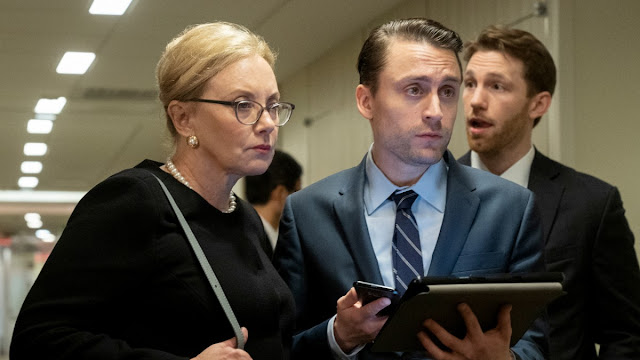 I try to avoid putting shows that were on my list last year on this year's list (otherwise it'd just always be dominated by This Is Us and Mom), but I had to make an exception for the absolutely brilliant second season of Succession. Its incisive take on the super rich is mean, urgent and very fun to watch. 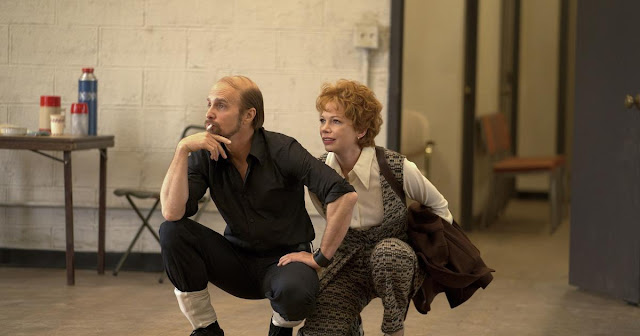 I don't know if Fosse/Verdon is for everyone. I don't know if you need to be a Broadway nerd like I am to appreciate it. All I know is what I saw and what I saw I loved. A nonlinear portrait of the professional and personal partnership between Broadway legends Bob Fosse and Gwen Verdon, the miniseries illustrates the ways the industry will excuse the bad behavior of male geniuses while simultaneously ignoring the contributions of female collaborators. The chaotic, often violate artistic charge that drives the central figures is brought to life through terrific performances by Sam Rockwell and especially Michelle Williams, whose portrayal of Verdon is so theatricality vibrant that it's my favorite performance of 2019. Fosse/Verdon conjures up the magic of Broadway classics like Chicago and Pippin and film classics like Cabaret, but it demystifies the stories of their creation at the same time. The glamour of '70s New York is really just the setting for what is, essentially, a melodrama about the messy end of a marriage. It's a stylish tragedy about two people afflicted with the disease that is show business.

Thank you for reading my Top Ten TV Shows of 2019. Feel free to leave a comment or to add your own list below.