By Timothy McManus January 07, 2021
2020 was an odd year for movies. Many of the ones scheduled to come out in 2020 were delayed due to movie theaters closures brought on by the pandemic. And many of the ones that did actually come out were released digitally. In 2019, I saw 44 films in a movie theater. In 2020, I saw only 11, all during the first two and a half months of the year. While watching movies at home on my laptop or TV is far from the ideal cinematic experience, I still saw a number of great films. Here are 10 of them. 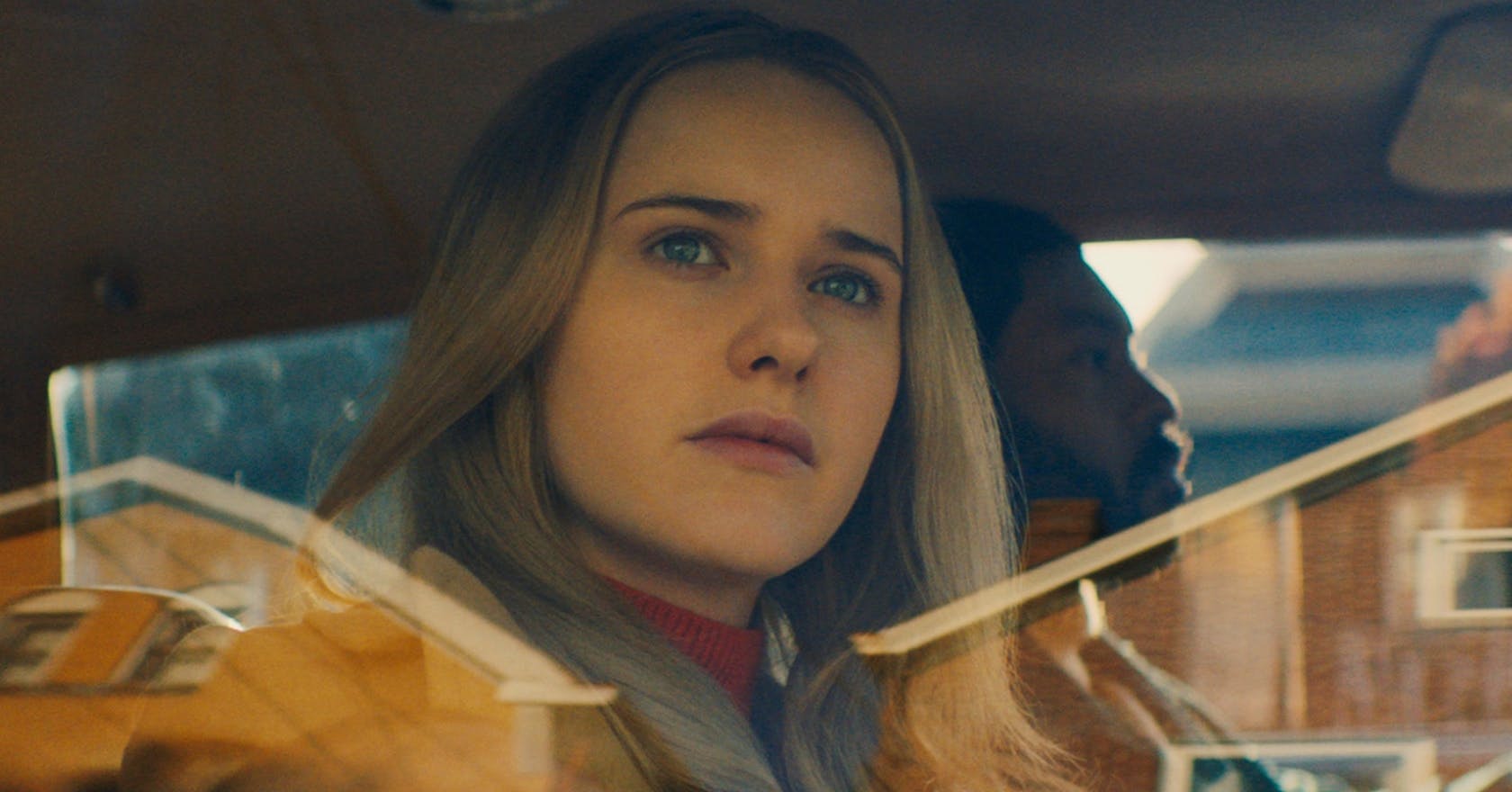 It took a few days after watching this crime drama, directed by Julia Hart, for me to really appreciate the sly magic it worked. Starring Rachel Brosnahan as the wife of a criminal in the 1970s who, after her husband goes missing, learns more about the criminal world in which he lived. It finds a unique perspective on a generic story and upends the tropes of the genre by focusing on the moments that would happen offscreen in a typical crime drama. Available to watch on Prime Video.

A very stressful documentary about the Texas Boys State, where high school boys pretend to start a government and hold fake elections and everything. It's kind of horrifying (but understandable) to watch how cynical these teenagers are about the world and how savvy they are at copying the machinations of those in Washington. By documenting these kids playacting politics, the film offers an acute and incisive look at our reality. Available to watch on AppleTV+. 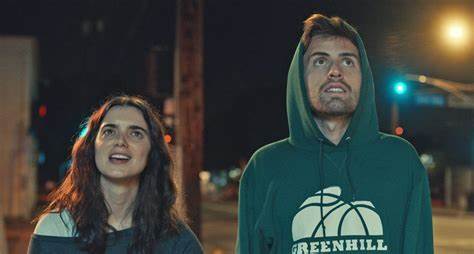 Writer-director-star Cooper Raiff is only like 23 or something, but his debut film is full of well-realized emotionality and a confident stylistic voice. About a college freshman's feelings of isolation and his attempts at romance, the film is talky and gentle, not loud and dumb like most college movies (and like one might expect of a movie titled Shithouse). Available for digital rental. 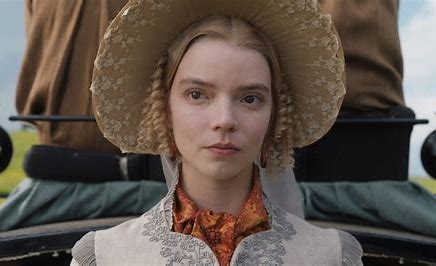 Emma is the only movie on this list that I actually saw in a theater. Would I have liked it as much as if I watched it in my living room? Impossible to know, but maybe. I love Jane Austen adaptations in general, and this one, directed by Autumn de Wilde, is colorful and pretty to look, as well as being very funny. While not superior to the Gwyneth Platrow version from the '90s, this Emma succeeds in large part thanks to the terrific lead performance of Anya Taylor-Joy. Everyone keeps talking about that chess show, but I have a hard believing she's better in that than she is as the handsome, rich, and clever Emma Woodhouse. Available for digital rental and on HBO.

6. The King of Staten Island 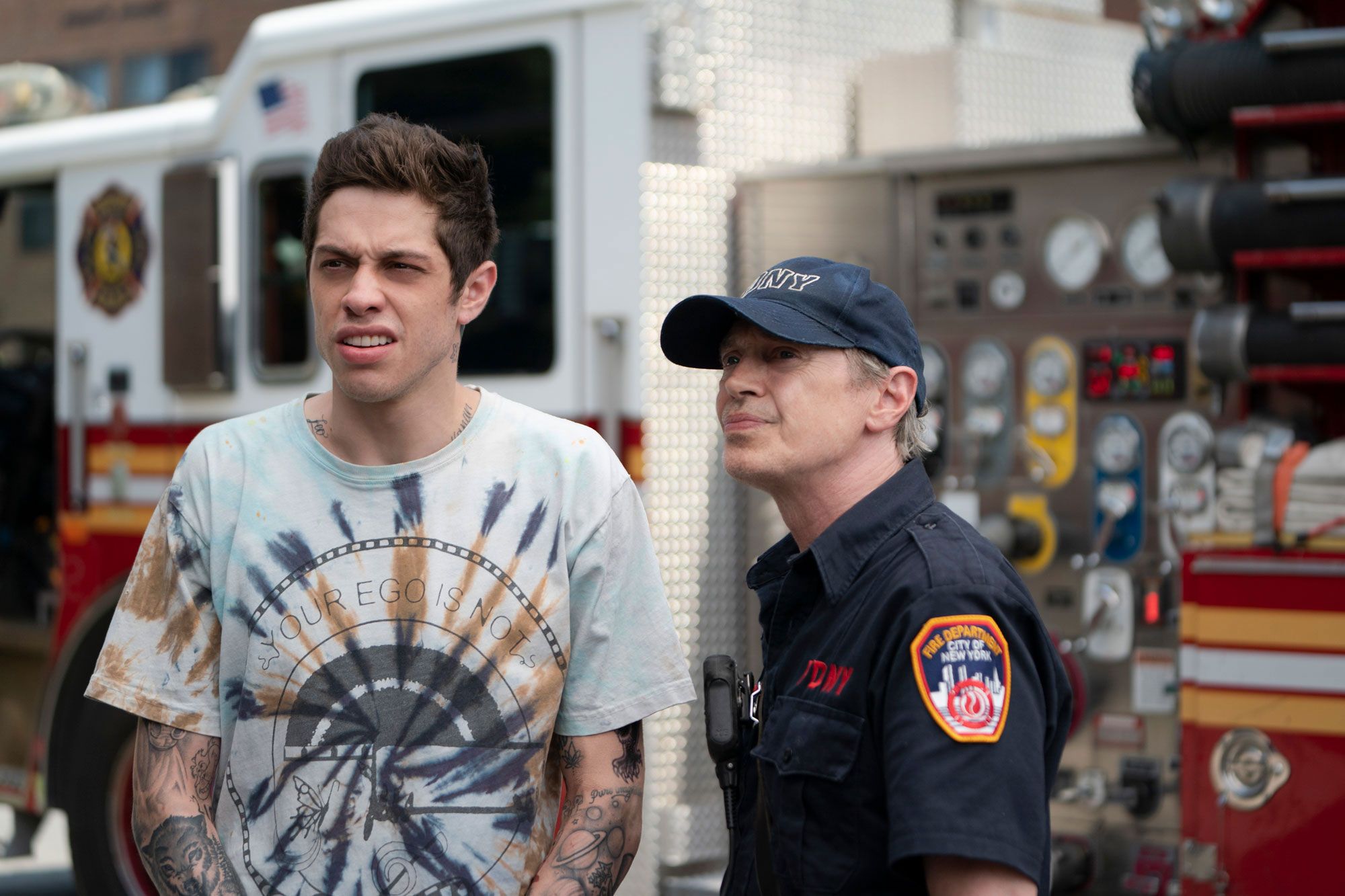 Star-driven comedies have largely fallen out of fashion over past few years, but Judd Apatow brought it back for this Pete Davidson vehicle, though the film's aspirations may perhaps owe more to European cinema than American (though the influence of Saturday Night Fever is also felt). Throughout the long and rambling film, the filmmaking is loose and intimate. It also features one of the year's best supporting performances in Marisa Tomei's tender, soulful turn as the mother of Davidson's character. Available for digital rental and on HBO. 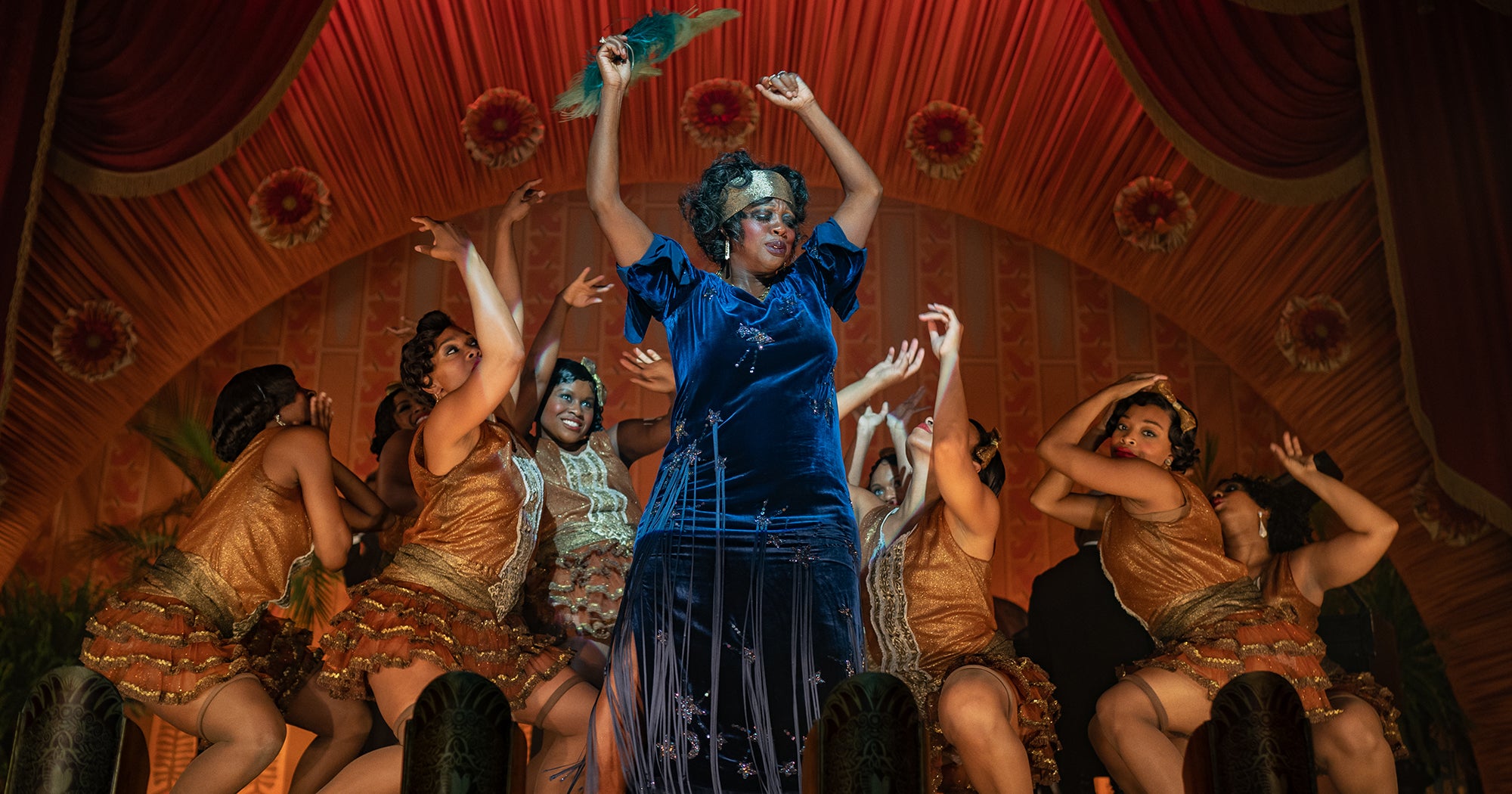 Even more than I missed going to the movies in 2020, I have missed the experience of live theater. Theater-makers have tried to adapt to the virtual format, some more successfully than others, but the electricity of live theater is very hard to replicate. The closest I've come to feeling like I was in a theater since the pandemic began has been watching George C. Wolfe's film version of the August Wilson play Ma Rainey's Black Bottom. The grandness of the dialogue, the ferocity of the cast (especially Viola Davis, Chadwick Boseman, and Glynn Turman), the intensity of it all make the film really soar. Available on Netflix. 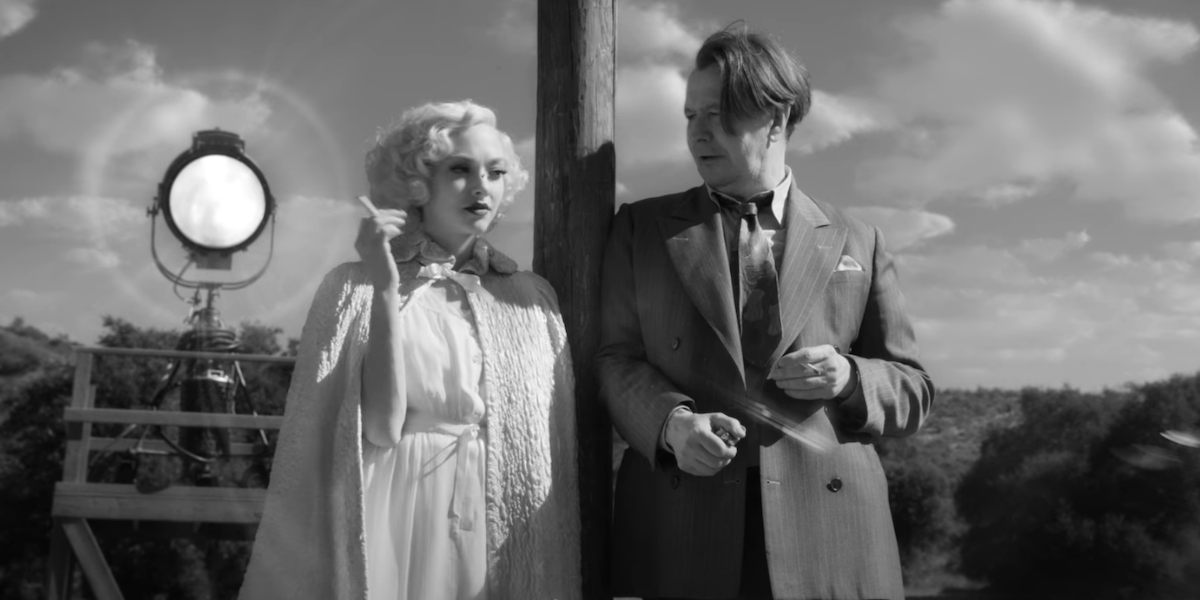 Despite having made two of the best films of the 21st century (The Social Network and Gone Girl), David Fincher is a not a director I would have considered myself a fan of. But I'm rethinking that after watching Mank, because its the third film of his that I've really, really liked. Fincher's film in set in '30s and '40s Hollywood and is about Citizen Kane screenwriter Herman J. Mankiewicz navigating corruption and politics, as well as his alcoholism. Gary Oldman is very good as Mankiewicz, as is Amanda Seyfried as Marion Davies, but the film's strongest assets are its glorious visuals. Available on Netflix. 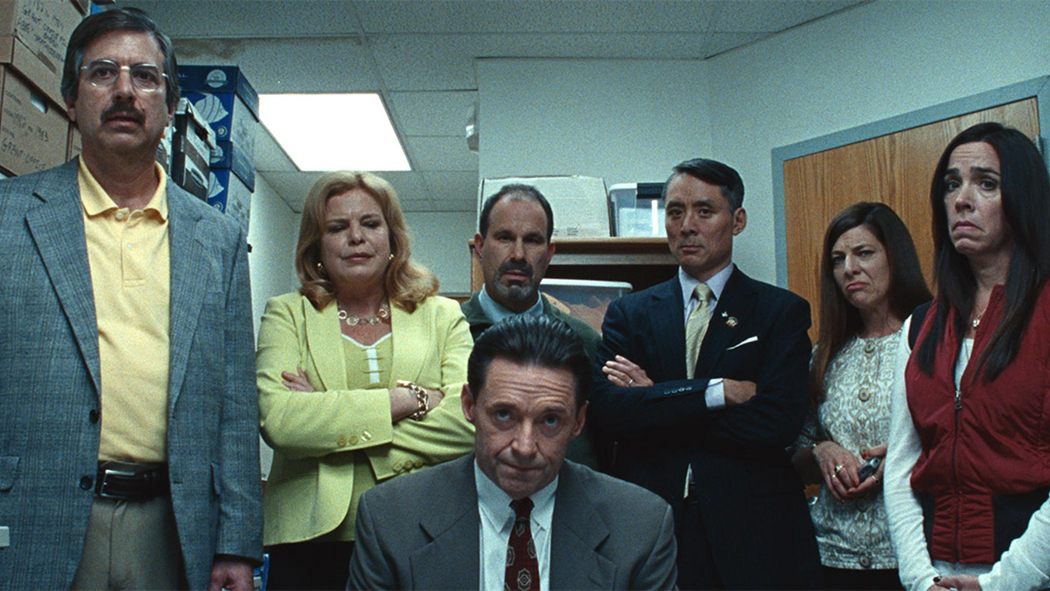 This dark comedy stars Hugh Jackman and Allison Janney as people who stole millions from the school they work at. The screenplay is kind of brilliant in how it chooses when to peel back each layer of the story. Movies about scandals can sometimes be formulaic, but this one is very enjoyable to watch. Janney is great, Annaleigh Ashford has a supporting role, and it might actually be Jackman's finest performance to date. Available on HBO. 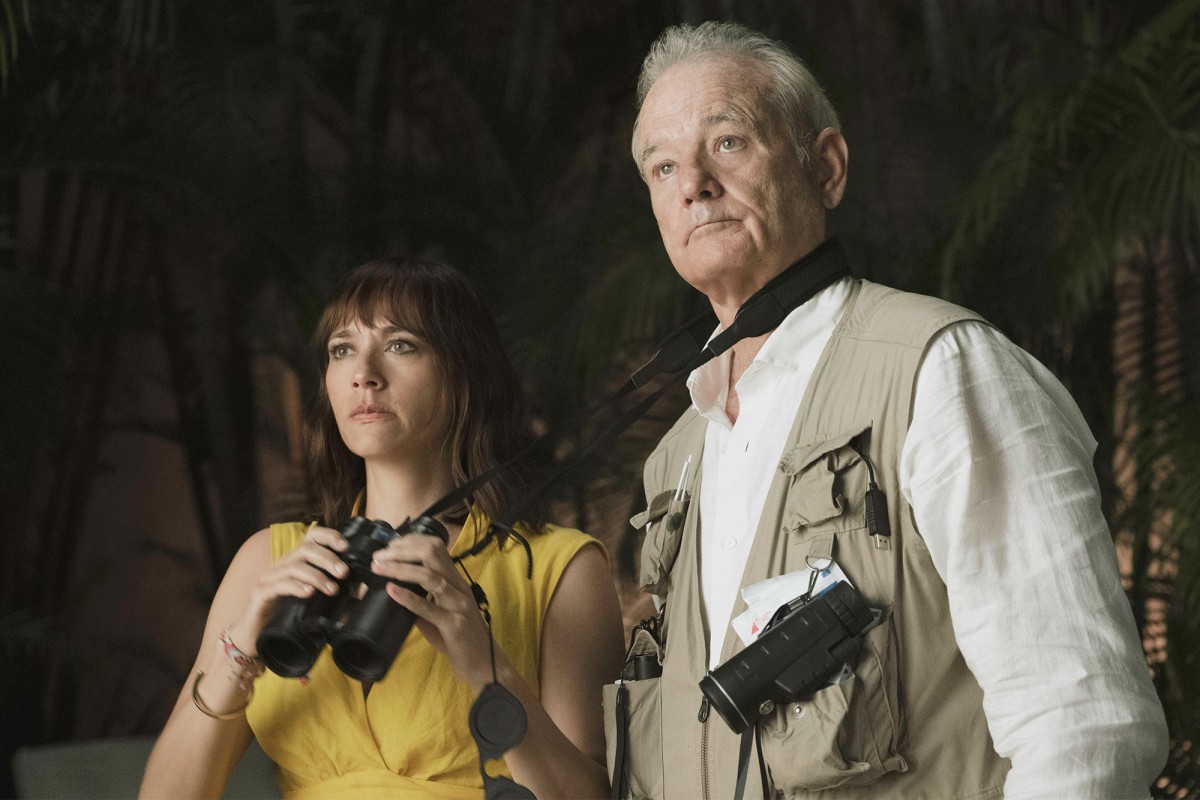 Were you expecting this to be Number One? I was to, until I saw the movie that eventually became my Number One. Read my review of On the Rocks for my full thoughts on Sofia Coppola's latest. Available on AppleTV+.

1. Let Them All Talk 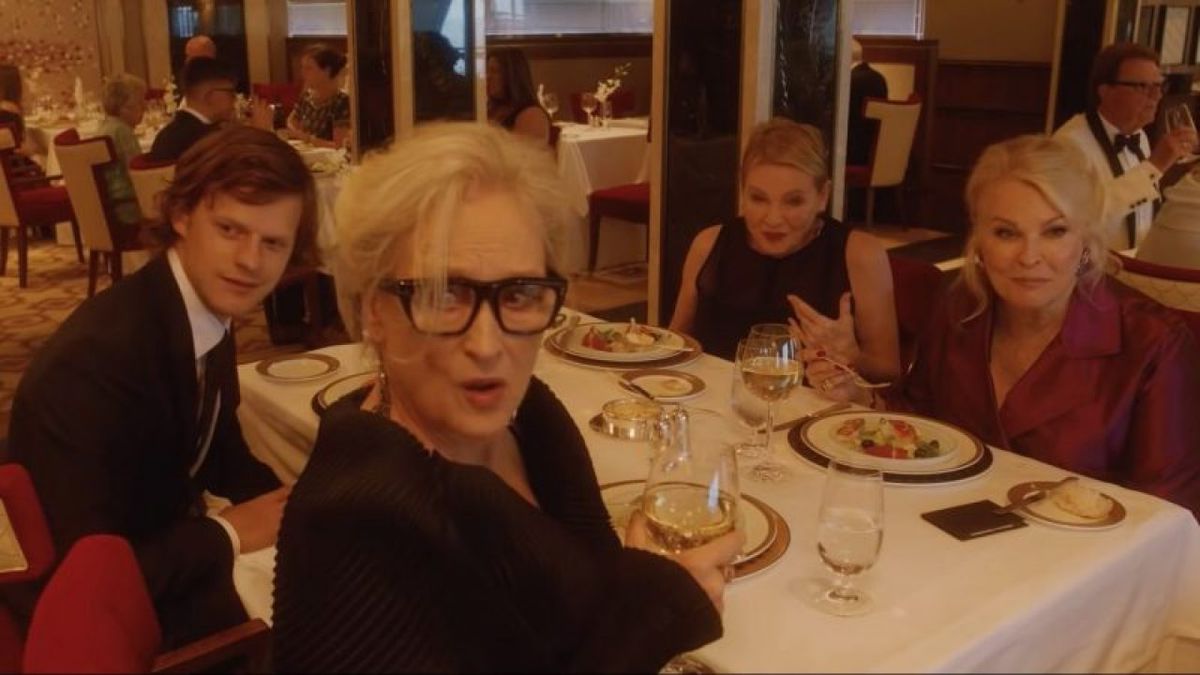 Steven Soderbergh's unconventionally produced film depicts a writer (played by Meryl Streep) traveling across the Atlantic on the Queen Mary 2, on her way receive a literary prize, accompanied by her two estranged friends (Candice Bergen and Dianne Wiest) and nephew (Lucas Hedges). The dialogue was improvised by the actors, from an outline by Deborah Eisenberg. It's a deeply beautiful film, but in a quiet way. It sneaks up on you. There's a level to the film that's just these great actresses (and Lucas Hedges) hanging out on the ship, which is a lot of fun. But then there's more pensive level, the one that contains mediations on life and the passage of time. And possibly more levels than that. My brother watched the movie and came up with an entirely different (but interesting) interpretation of what was going on. It's lighthearted premise belies the thoughtfulness of certain corners of the film. I suspect it would become even richer with multiple viewings. Available on HBO Max.