Was 2020 an unusually great year for television, or did I just watch more things than I usually do? Probably the latter, but I had an exceptionally hard time choosing just ten shows to spotlight for this list. So, before I get into my picks, here are a few that I wish I could have included as well: I May Destroy You, A Teacher, The Great Pottery Throw Down, Dead to Me, Never Have I Ever, Love Victor, The Masked Singer, Love Life, B Positive and Search Party.

David E. Kelley has had a pretty busy fall, between miniseries The Undoing and his new drama Big Sky. I can't really say whether I find Big Sky to be a particularly good show, but I've seen every episode so far and haven't given up yet. The two shows are actually kind of inverses of each other; one a prestige premium cable miniseries with movie stars that turned out to be pretty pulpy, the other a lowly network show that's slowly letting more and more substance seep in. From a technical standpoint, The Undoing's well-calibrated psychological drama with an amazing Nicole Kidman performance at its center, is the far better show, but I'm okay with lumping them together for the purposes of this list. 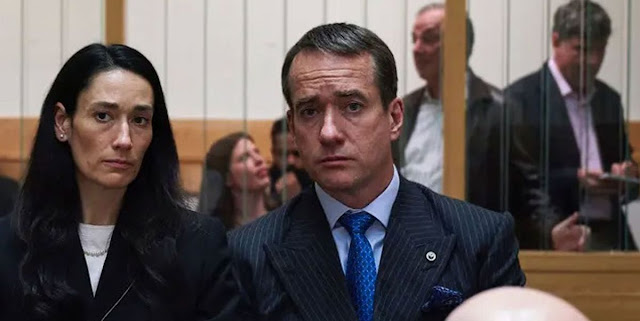 British playwright James Graham adapted his play about a 2001 cheating scandal that rocked the UK's Who Wants to Be A Millionaire? into a three-part show starring Matthew Macfayden and Sian Clifford. The show does not take a hard stance on the veracity of the cheating accusations, which lends ambiguity and suspense to what could have been a straightforward courtroom show. If you have been enjoying the new Jimmy Kimmel-hosted celebrity version of Millionaire, then Quiz is definitely an interesting companion watch. 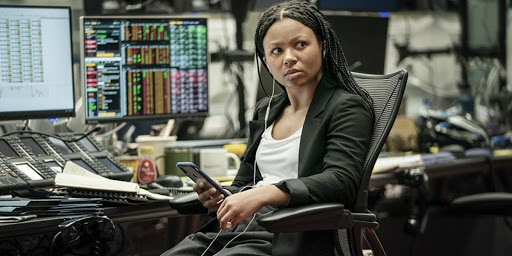 When I started watching Industry, about a group of young people working at an investment bank in London, I assumed it was a miniseries and that the ending would see our protagonists realizing that they're bad people and quitting the bank. But, I was wrong, it's coming back for season two, a fact which makes the actual ending more interesting, and darker, than my predicted one. I'm looking forward to seeing where it goes next.

7. Saved By The Bell (Peacock) 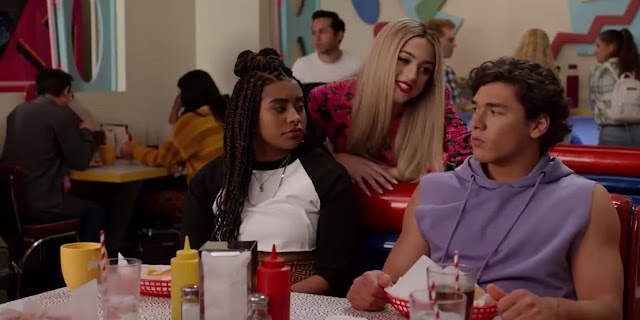 I've never seen the original Saved By The Bell, but that's a large part of why this reboot is so successful. It doesn't feel beholden to the original's tone, look, target audience, or sense of humor. It's very much its own thing, though it frequently pays homage to and pokes at its parent. This new version comes from writer Tracey Wigfield, who did the gone-too-soon Great News and also wrote on 30 Rock. If you enjoyed those two shows, then you'll enjoy Saved By The Bell. 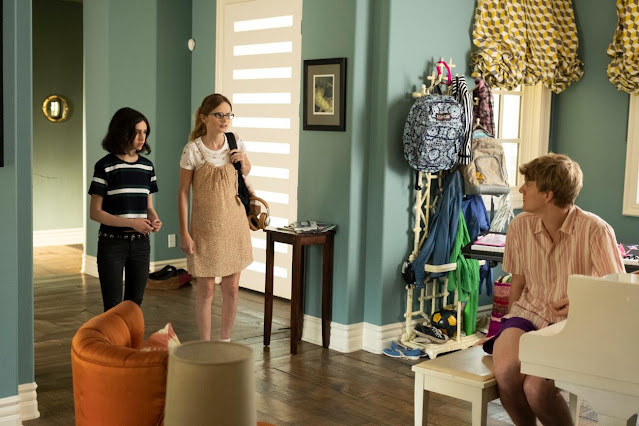 The premise of this charming comedy (in case you've never heard of it, which I suspect is likely), is that an Australian man must become the guardian to his two teenage half-sisters, one of whom has autism after their father dies. It's Josh Thomas' follow-up to the bittersweet Please Like Me, and it drops a lot of that show's bitterness. But what it keeps is the relaxed sense of pacing. It recognizes that not every episode needs to follow the decades-old rules for sitcom structure - it's looser and more inventive than many comedies today. 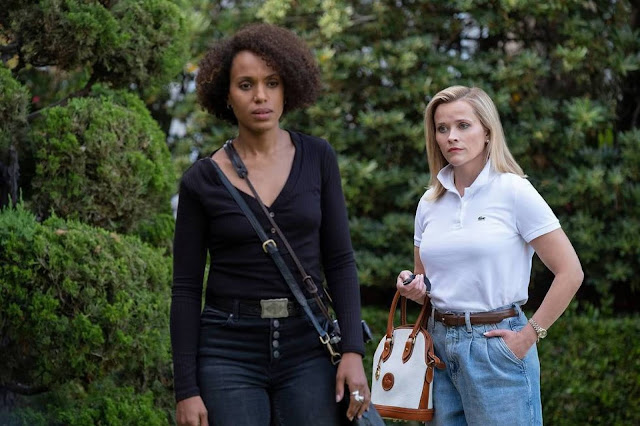 This adaptation of a novel, like The Undoing, probably would have been a lot stronger as a 2 hour movie rather than an 8 hour miniseries. But, in today's Hollywood, thoughtful, human-sized dramas are sent directly to television to keep movie screens free for action blockbusters. Luckily, Little Fires Everywhere is interesting enough to sustain eight episodes. Starring Reese Witherspoon and Kerry Washington as two mothers from different socio-economic backgrounds, the show tackles questions of motherhood, race, art all in an engaging way, especially when the terrific lead actresses are in the same scene. 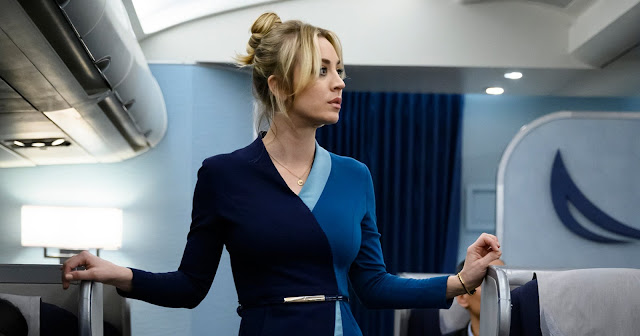 One of my favorite genres of literature (yes, literature) is the one where a woman with a drinking problem has to solve a murder. So, of course, I've read the Chris Bohjalian novel on which this show was based. But the show is far superior to the book, it's a
tragicomic puzzle board of intertwining intrigues. The terrific Kaley Cuoco stars in and produces the show, which features stlyish direction and a great cast that also includes Rosie Perez and Zosia Mamet.

3. Normal People (BBC Three in the UK, Hulu in the US) 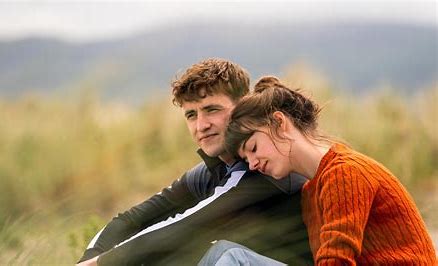 In an ordinary year, this adaptation of Sally Rooney's novel would have my favorite show of the year. It was so, so, so, so good and the casting of the two leads, Paul Mescal and Daisy Edgar-Jones was just perfect. Click here to read a review I wrote of it!

2. The Plot Against America (HBO) 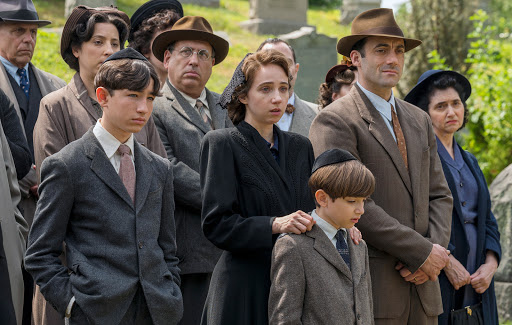 Y'all slept on this show. This David Simon adaptation of the Philip Roth novel was some of the most riveting television I have seen in years. Why didn't more people talk about it? Maybe because election-year stress kept people from wanting to watch a show where an alternate universe America sees Charles Lindbergh winning the 1940 Presidential election and moving the country every-so-slightly closer to facism? It was quite possibly too timely for its own good.

Look. When it was announced that Drew Barrymore was getting a daytime talk show, I was skeptical. But that was way back in October 2019. How innocent we all were back then! We had no idea of the horrors that 2020 would unleash. So, when the show actually did premiere in the fall, it provided a much needed function; a brightly lit, high energy distraction from the world. As a host, Barrymore has proven to be a cyclone of enthusiasm and relentless optimism, even if her interview skills aren't the most polished. To be clear, The Drew Barrymore Show takes place on another planet, one with little resemblance to Earth as we know it. But, in 2020, the place I wanted to be most was on the weird planet where Drew Barrymore screams at the top of her lungs over stain removal, an American Girl doll named Courtney is a recurring guest, and Ross Matthews occasionally pops up for five minutes to read news headlines. In many ways, it was the show of 2020.