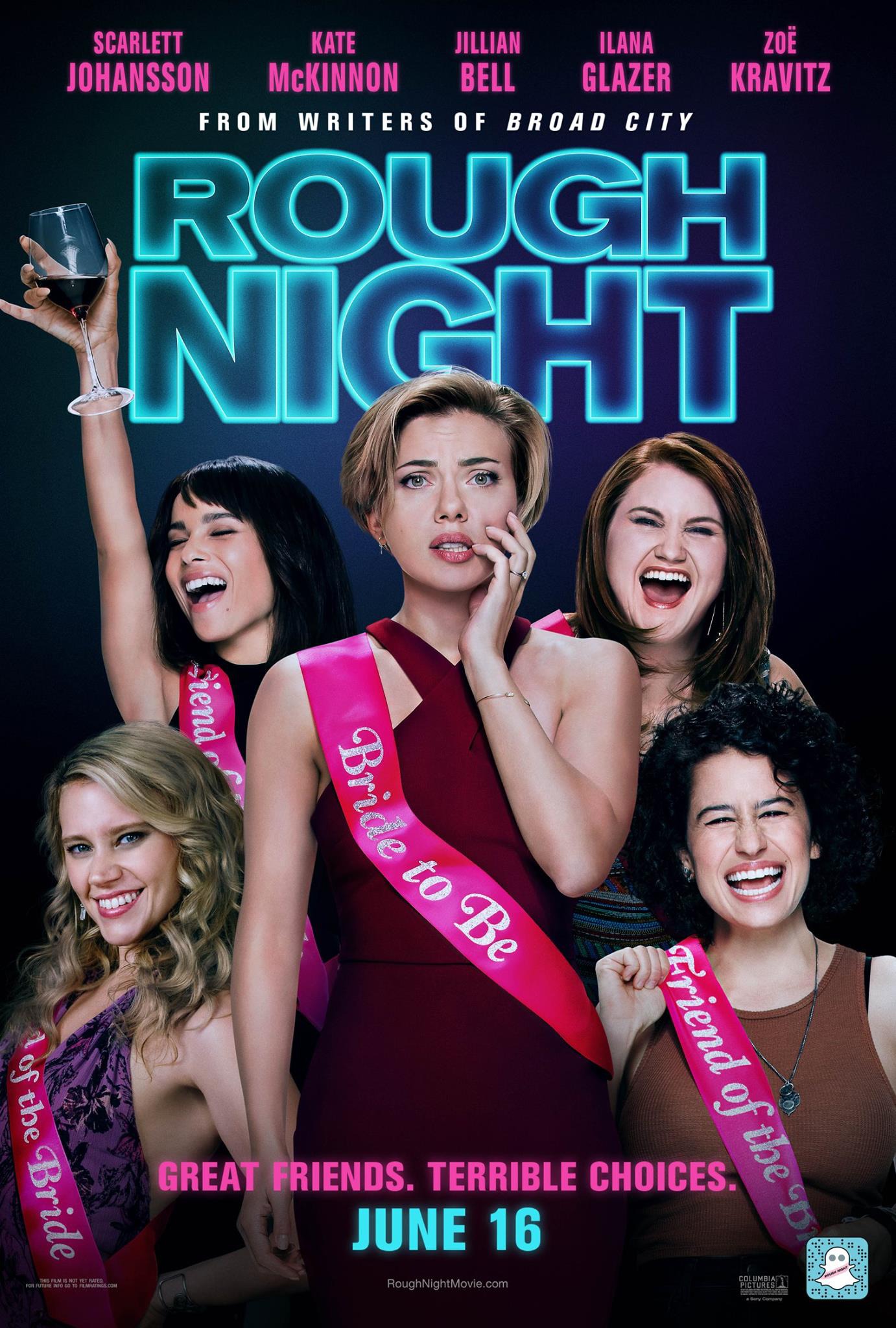 The plot of Rough Night concerns a group of friends, led by Scarlett Johansson, who while celebrating a bachelorette party end up accidentally killing a stripper. It’s an audacious premise and one that a movie could have probably mined for laughs. But that movie isn’t the uninspired and only sporadically funny Rough Night. Continuing the trend of recent female-led raunchy ensemble comedies like Bridesmaids, Bachelorette, and the upcoming Girls Trip, Rough Night seemed to be different as this one also had a woman behind the camera, director and cowriter Lucia Aniello. But it’s also notable for taking the concept much, much farther, unless I’m forgetting a scene in Bridesmaids where they snort cocaine and then kill multiple people. It's certainly a watchable movie, it’s full of funny people saying kind of funny things. But the places it goes are ultimately incongruous to a comedy like this.

Johansson has been in comedies before (like Woody Allen’s Scoop) but she is not really known for her comedic talents. Rough Night isn’t going to change that. She’s great as the glue holding the group of wacky characters together, but those looking for proof that Scarlett Johansson is funny will have to look elsewhere. The real MVP is Kate McKinnon, who, with this and last year’s Ghostbusters, has a real talent for being the best part of otherwise disappointing summer comedies. Jillian Bell plays a role that I would have liked to see Rebel Wilson play, probably because I have never found Bell to be very funny. Likewise, I didn’t find Ilana Glazer or her character to be funny. Zoe Kravitz, who was so good in Big Little Lies, fares slightly better despite her underwritten character. The film’s other cowriter, Paul W. Downs, amusingly appears as the fiancee of Johansson’s character. Ty Burrell and Demi Moore, of all people, are featured in a weird subplot that never quite takes off.

There's something intriguing about a room full of women and them killing a man who enters it, but Aniello never figures out something to say about it. Rough Night alternates between a black comedy and a sentimental tale about friendship, and it ultimately settles on the latter, which makes the black comedy stuff feel very out of place. In fact, the movie bizarrely chooses to retroactively rationalize everything that happened before and in the end rewards its character for their pretty terrible behavior. The ultimate message of the movie is ‘do whatever you want as long as you stay in touch with your friends from college’, which would be a dumb message for any movie, especially one that once seemed daring and ambitious.

What did YOU think of Rough Night? Let me know in the comments below!