"B Positive" Has Lots of Potential and a Star in Annaleigh Ashford: TV Review 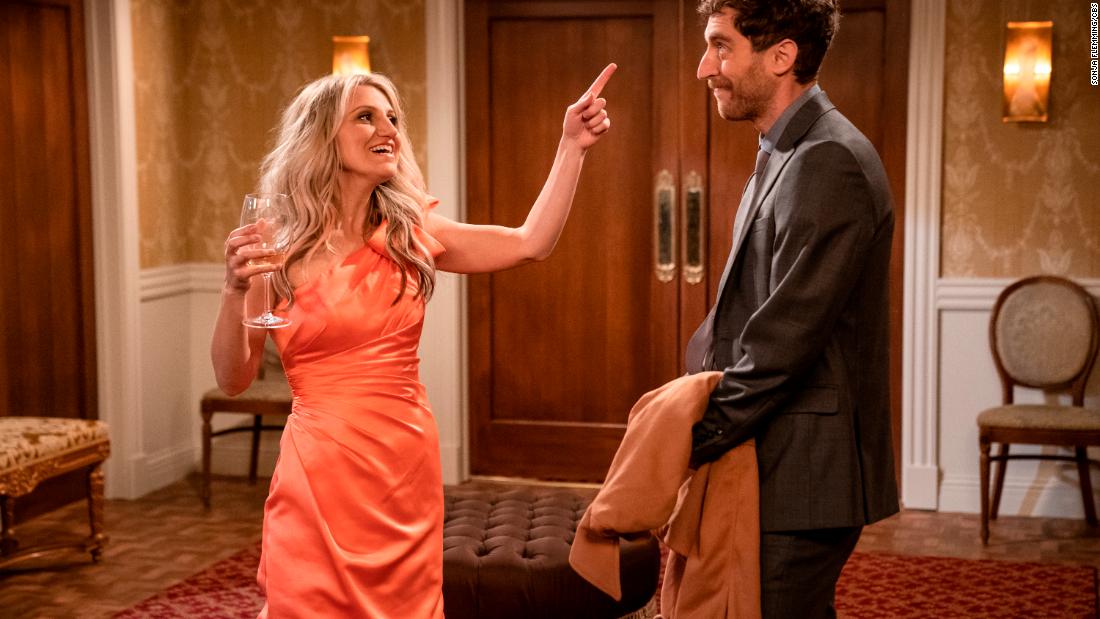 There are few actors working today who I consider to be more talented than Annaleigh Ashford. If the name isn't familiar, let me enlighten you. Annaleigh Ashford has been in several Broadway musicals, including Kinky Boots. She won a Tony Award for playing a wannabe ballerina in You Can't Take It With You. She deserved another Tony for an entirely different but also very funny display of physicality as the titular canine in Sylvia. She proved her dramatic chops with a moving performance as Dot and Marie in a 2017 Broadway revival of Sunday in the Park with George. She broke up all of Helena's lines in a production of Midsummer Night's Dream in Central Park and refitted them into a brilliant comedic mosaic that had the audience in stitches. Apart from her extensive stage work, she appeared for four seasons of the Showtime series Masters of Sex. She had a terrific supporting part in the excellent recent movie Bad Education. And she was reported to be in talks for the starring role in a Judy Holliday biopic, a film which, if it ever gets made, will surely catapult her to a new level of stardom. But her latest project is co-starring in a new CBS sitcom produced by Chuck Lorre. Huh.

I've seen countless talented performers get stuck for years in Bad Sitcom Jail, delivering hackneyed dialogue as characters they could play in their sleep. And, judging by the initial trailers for B Positive, I was afraid the same fate was about to befall Ashford. But based on the first episode, I am not too sure.

Many people, including television critics, are quick to dismiss old fashioned multi-camera sitcoms in an era where the most talked about half hour shows are edgy and innovative ones like Fleabag and Atlanta. I have long advocated for a renaissance of the classic format that would mine it for its dramatic potential and move beyond the lazy broad comedy that has dominated CBS' primetime lineup for decades. I want to see the makers of these shows treat them like what they are: 22 minute plays that can offer laughs while also treating its characters seriously. I don't know if B Positive will end up doing that, though it certainly has the potential to.

The premise lends itself to dramatic moments well enough. It's about a strait-laced divorced dad (played by Silicon Valley's Thomas Middleditch) in renal failure whose only chance for a kidney donor is his old high school friend, a drunken party girl  (Ashford). Death gets brought up a lot during the first episode, so I don't think the show will shy away from the darker aspects of its subject matter. But it was also pretty funny! They might not have been the smartest jokes ever, but I laughed at a good number of them. B Positive's biggest comedic selling point is (unsurprisingly) Ashford herself, who elevates giving outsized line readings to an artform.

The first episode was directed by sitcom legend James Burrows and was written by Marco Pennette. What it does best is set up the Odd Couple-esque dynamic between Ashford and Middleditch. Still, how long can they drag out the transplant storyline? And what happens after? The supporting characters hint at the various paths the show can develop along. There's Middleditch's daughter (Izzy G) and ex-wife (Sara Rue), and Ashford's friend (the great Kether Donahue). Apparently, the second episode introduces a group of characters who get dialysis with Middleditch's (including Briga Heelan, the very likable star of Great News), and Linda Lavin as a resident of the assisted living facility Ashford's characters works at. The writers have allowed for enough room for the show to find itself organically. Remember, it took the wonderful Chuck Lorre show Mom a couple seasons to figure out what it was about.

Mom is a perfect example of a sitcom that became a lot more real and a lot better once it started to embrace the darkness inherent to its premise. So, if B Positive uses Mom as a blueprint and continues to let Ashford do what she does best, then I'm more than willing to see where this goes.